As a gamer, I obviously don't like this. There is nothing more magical than next gen exclusives around a console launch even if they kinda suck. It sounds like Xbox Series X is being marketed identically to Xbox One X instead of as a traditional next gen console.


It will be very interesting to see how the year unfolds. Xbox One, Xbox One X, and Xbox Lockhart will need to stop being supported eventually so I wonder how that will go. Xbox One X was marketed to play next gen games so will the base Xbox One be dropped first or will Xbox One and Xbox One X drop support in unison? Lockhart has similar strength to Xbox One X according to rumors but with next gen architecture it could potentially stay supported till the end of the gen.

And that means it's also unlikely that there will be much pressure, from Microsoft at least, on third-party publishers to turn out hardware-exclusive titles for the relatively small day-one audience of Xbox Series X owners. In short, Microsoft is rewriting the rules of the console launch.

Why does this sound like he got paid by MS?

Why does this sound like he got paid by MS?


i think this is going to be a failing strategy for MS.   exclusives sell consoles.  now no one need rush into next gen because every game will be BC.  also their next 2 years of games will be lackluster with a mandate to support the original xbox one.

this is always where i imagined the industry will go.  it makes it like phones but i only upgrade my phone every 5th version.   with sony seemingly going with as many next gen exclusives as they can muster ms really ought to get crushed.   ...because as much as gamers claim they care about BC they don't care for it even a 10th as much as they care about seeing something new and exciting and cutting edge.

Jason Schreier (Kotaku Splitscreen) : "Sony will have PS5 only titles at launch" | ResetEra 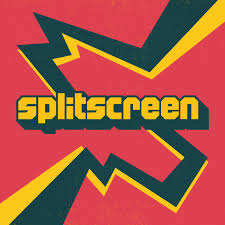 Kotaku Splitscreen - The Two Next-Gen Xboxes (Xboxii?)  Episode 208: Jason, Kirk, and Maddy talk a bit about Luigi's Mansion 3, Star Wars Jedi Fallen Order, and Baba Is You before jumping into discussion of the new Half-Life VR game and next-gen consoles (19:11). Then they rave about Watchmen for a while (43:19) and close things out with some Jedi...

Around 29:04.
I thought this was relevant now with MS outing their different approach.

More tidbits:
+Jason wants to do (later) raport on PS5 line up
+most third party stuff should be cross gen (AssCreed etc)
+MS is going for "titles on as many devices as possible" approach

Find out what happens next time in "you don't say!?"

Jason Schreier (Kotaku Splitscreen) : "Sony will have PS5 only titles at launch" | ResetEra


Find out what happens next time in "you don't say!?"

At this point I'm just ready to have both consoles fully revealed. I really doubt Microsoft will have a bad showing like last time around but all the fanboy defenses are giving me flashbacks. I'd honestly bet that Microsoft just doesn't have that many first party games in the works for the first year. Maybe we should try to predict that.


What unannounced games will Microsoft release for the Xbox One?

Forza Motorsport 8 is coming soon. Last time around it was used as a next gen launch exclusive so if it releases 2020 on both generations that would indeed be a change in policy. However 2019 was the first time ever that Forza skipped its traditional launch window, so maybe this was originally planned for Xbox One and delayed ala Breath of the Wild. Complete guesses at this point. We'll just have to wait and see.

Forza Horizon 5 could also be coming soon but it's a bit awkward since both games can't come out in 2020. Forza Horizon 2 was a cross gen title one year after Xbox One's release so if Horizon 5 is 2021 on both systems that wouldn't be a departure.

Playground's next game could be somewhat soon. Really don't have any info to speculate at this time.

Their new studios probably won't have anything big out for a while and smaller stuff would make sense to be cross gen.

with recent developments in place it really explains why i thought everwild looked like a really low effort next gen showcase,..  its a good effort current gen port.

horray for next gen!?

it makes sense to back port games that backport.  no one would be surprised or mad that ori is one xbox one.  but to have NO next gen exclusives is not going to go well gamers.

ms needs to figure out that the executives managing azuze and windows need to stfu and let the xbox division do their thing.  this reeks of top down executive mandate to execute a corporate initiative just like Xbox One's horrible always online decision.