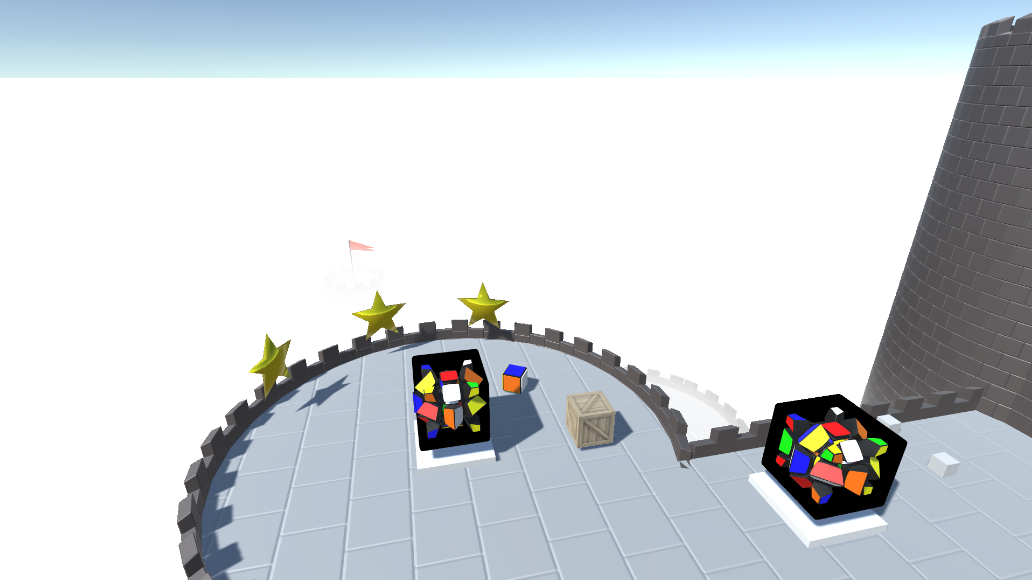 Another progress update. Again this is still in development with non final assets.

This is from Twisty Puzzle Simulator's upcoming campaign. Players work their way up the castle solving increasingly harder puzzles. Progression is set up so that even people without experience with twisty puzzles will gradually learn how to solve them.

But then everything goes back to where it was and you're no closer to solving the second half!