So I was seeing that Adam Sessler was having a new youtube show.  It got me reminiscing.

What a show it was.  Most of these shows should be put into a 90s capsule, but dang was this show so in your face 90s early on.  This is one of the few shows I've seen that would go to studios and interview devs to find out about games in development.  The most amazing catch?  They'd do it with skits sort of role-playing the games they'd be showing off.  Not like costumed or anything, but just joking around in skit enacting the game.  It was great.  Great Reviews on the Run at the last 5 minutes (Became its own show fortunately/unfortunately) where they were actually on location.  Obviously the anchor was Tommy Tollarico.  Surprising to me to find out he's Canadian.  Said he grew up in the Hamilton area when he was running Video Games Live here.  He specifically booked Massey Hall since he knew the venue and its history.  Now when did their decline happen?  When Tommy started touring with Video Games Live.  The show survived into the 2000s, maybe even the 2010s, but the show was a shell of itself and became sterile when they took Rogers money.  Rogers being a cable, internet, media company.  Rogers was essentially funding them for G4 TV here until they had to shut the channel down and unfortunately the show. 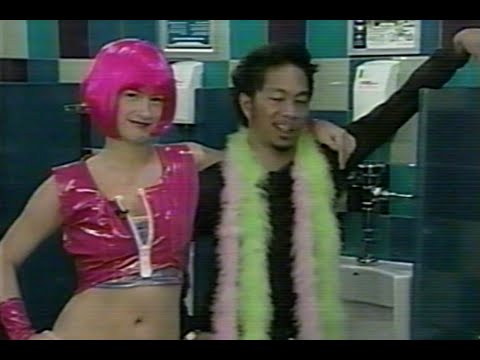 This one will probably not be known to anyone other than... maybe BBWest.  So the guy who raised me, and many other thousands of Canadian kids back in the 90s, had a 2 season video game T.V. show.  This was Phil Guerrero's last hurray on YTV and maybe even YTVs last hurray as a 90s station.  YTV made a massive change at the turn of the millenium and dropped all the raw in your face stuff (Much like the rest of television).  Gamerz was part of the cut.
Gamerz was very similar to Electric Playground.  Phil and his lovely host, Sarah Bywater, would interview developers, at least I think they did.  It's been a while since I watched it.  They would give previews and reviews, Phil would go and get his interview and Sarah would go around with her wig getting her interviews.  There was also an android dressed up guy dressed up like one of those british guys in a robe and cigar pipe sitting in front of a television showing a fireplace who would close the show with a quote.  The show would have interludes filmed at Playdium downtown Toronto (Playdium being the old Sega City).  But alas, Playdium downtown closed and with it Gamerz.  This show has a special place in my heart.

Another in your face 90s style show.  I personally never watched much of the show, what with me not having G4 here until much later, and when it did get here, Xplay was on its last legs and Attack of the Show sort of took over.  They would interview devs, give reviews, give previews, and have skits in between vignettes.  I can't say much, but I'm sure this show was a big boon to people in the U.S.

Attack of the Show 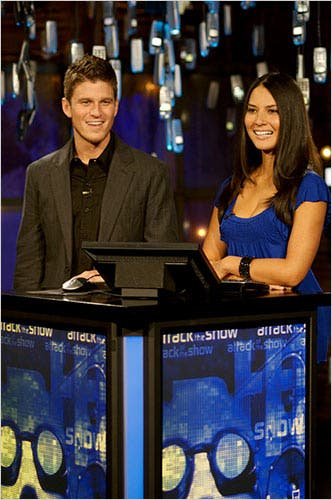 Sister show to Xplay.  Similar idea, instead they would review gadgets and electronics over video games.  I vaguely recall them doing video games every now and then.  I actually watched this show often.  I remember when I met some good friends while working at EB Games, we'd watch while we were chilling.  Good show. 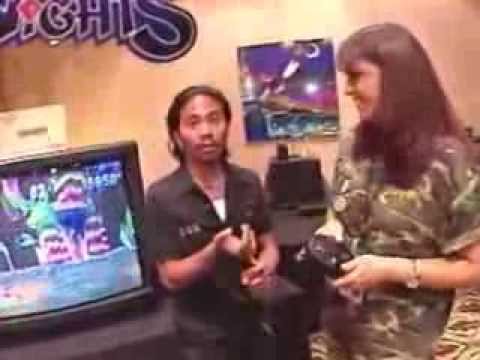 The precursor to Gamerz.  This was a general comic book, sci fi, video game show.  The show didn't "Star" Phil Guerrero,  but he was there.  The show was the brainchild of another host: Nick Scoullar.  Show started off as an access tv show.  It was picked up by YTV and I believe Sci Fi in the U.S.  Similar show and style to Gamerz, but with 3 hosts discovering all things comics in 3 locations.  Toronto, New York and I want to say California, but I can't remember.  Phil would handle the game side.

Gamernation
This one is an enigma for me.  Not because I don't remember it, but because I can't find anything about.  It was on Canwest Global at the time.  It was similar to Gamerz.  It was more of a "PG" version of it.  There was a bald dude if I recall correctly.  He was wearing a referee shirt.  There was a female host.  I remember her being cute.  She was a blonde.  She dyed her hair for the second season.  They would have children guests doing a game playthrough, if I remember correctly.  I remember them going through Megaman 64 (Megaman Legends).  I think that's how I found out it existed (Note to self, buy Megaman 64).

Super Honourable Mention!
Because I completely forgot about one of the earliest game show, it needs a super honourable mention. 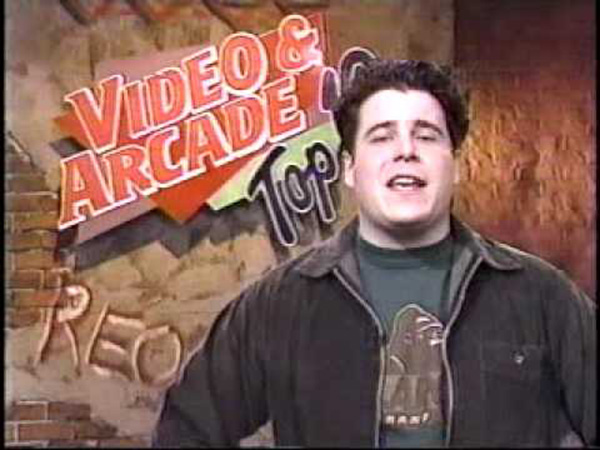 "It's letter time!  It's letter time!"  If Electric Playground was a show of the 90s.  Video and Arcade Top 10 was the epitome of what was great back then.  Video and Arcade Top 10 was a children's game show.  4 kids were invited to play through a game.  The best player won a prize.  The prize was chosen from a number ball bag, where the kid would grab a ball from the bag and the number would be their prize.  I believe everyone was given a copy of the game.  This was pretty much a Nintendo advertisement.  I know Nintendo probably never knew this show existed, but geez, everything was played on Nintendo consoles.  Nothing Genesis!  Show survived till the PSX era since I remember them playing PS One games (And n64).  The intro theme for the video package was a remix of one of the stages in Megaman 2.  When the kids weren't playing, the host, Nicholas Picholas, would read letters from fans.  He would sing the jingle I started with whenever openning a letter.  Various other hosts (Normally a cute lady) would say what games were being played and the prizes to be won.  The show was on after YTVs saturday morning cartoon block.  So you'd watch your Saturday morning cartoons on YTV and Fox, to then be greeted by this gem of a show.  Deciding to check when the show actually ended, it went well on into the 2000's, ending in 2006.  My friend was actually on this show.  Not sure the episode, since I didn't become friends with him until a few years after the show's cancellation.

So thank you all for reading my wall.  I have to ask, is there any new show that replaces these?  Something on youtube or anything.  Victor Lucas of Electric Playground still gives video reviews every now and then on his website.  But it's not enough.  I need a weekly episodic show filled with hosts who are willing to go out there to devs and get previews, invite them on to their shows and run some fun skits.  I need something to bring me back to the glory days of the 90s since I'm becoming an old man and need to yell at clouds!

Out of the ones you listed, Xplay and Attack of the Show were the only ones I watched.


It sucks that these shows have all but dried up. There were a lot of good attempts on youtube but nothing stuck. Adam Sessler tried making Rev3Games and Geoff had his Live with YouTube Gaming thing for a while.

Mandatory Update was a "bit" more on the joke side than the news side but it was still in the same spirit. Really fun back then.

Easy Allies/GameTrailers have in general tried to fill this void but it's just not the same having the serious interviews/news in separate videos from the skits/jokes.


Sadly I'm not aware of anything that is a true replacement to these old shows. I think it's just the nature of the modern world. It's more convenient for both viewers and producers to split up content into separate videos instead of having weekly shows. Easy Allies, Giant Bomb, and a lot more like them produce all the same content from these old shows but not in a weekly package.
Topic Stats Print
Go Up
Pages[1]